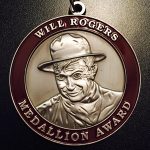 There were plenty of things hardened ex-cavalryman  Neal Bancroft would rather do than hire out to escort the conniving Katie Burke across the prairies of Wyoming and into the rough mining towns of Dakota. It was clear the woman was poison, but he needed the money. In 1881 things were settling down with the Sioux, but Neal knew there were still dangers from the bands of young braves who sneaked off the reservation looking for adventure. He figured it shouldn’t take more than a few days to get from Fort Fetterman to Custer City, where he could be rid of her. He soon realized, though, there were things he hadn’t allowed for, like being shot, nearly getting hanged, encountering thieves and murderers—not to mention falling in love. Dakota Trails is a fast-paced, thrilling, and sometimes comic tale that delivers the reader into the heart of the American West. It captures with intimate detail the hardships and pleasures of day-to-day life in a harsh, untamed, yet beautiful land.

What others say about Dakota Trails:

“Gold is where you find it. With his debut Dakota Trails Robert McKee has not only spun gold into a delightful tale, but beguiles us with his talent as an author. McKee’s history is immaculately researched—from the land, the people and places, McKee knows his business. This is Western historical in the vein of A.B. Guthrie, Richard Wheeler, Elmer Kelton, and Loren Estleman. And while both Neil Bancroft and Katie Burke might be obsessed with their own preoccupation for the shiny stuff, the true gold is in their finely drawn characters. A truly charming story by an impressive new talent in the genre. This one’s a shoe-in for the Golden Spur Award for Novel of the West.”

“Set in 1881 on the dusty, lawless plains of Wyoming and into the even more lawless Black Hills of the Dakotas, Dakota Trails follows the exploits of Neil Bancroft, a retired cavalry man who keeps his army days to himself, and Katie Burke, the woman who hired him to help her find her dead husband’s lost gold. Neil is busting broncos in Fetterman City, Wyoming, when he meets the beautiful Katie Burke in the most unlikely manner: She puts up a twenty-dollar gold piece to any man who can beat Bancroft to a pulp. It is a test; she needs to see if Neil is crafty enough to help her elude the men who killed her husband and get her across the plains, where Indian threats still remain. As they cross the trails into the Dakotas, Neil slowly falls in love with Katie – and vice versa, but the deeper in love he falls, the more about her past he realizes he doesn’t know. And Katie’s past is not what she’s been leading him to believe it is. Despite being shot at, nearly hanged, and beaten to a pulp, Neil follows Katie into chaos and rescues her from death.

Robert McKee weaves a thrilling Western that keeps the reader guessing, and the pace drives readers through to the end before they know it. I’m not personally partial to the Western genre, but I could not put this book down. Neil and Katie are dynamic and fun characters, and along the way the people they encounter truly bring the Wild West alive in a historically accurate way. Dakota Trails is a wonderful blend of Western, mystery, and romance.” 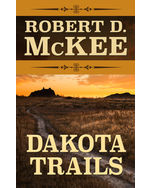